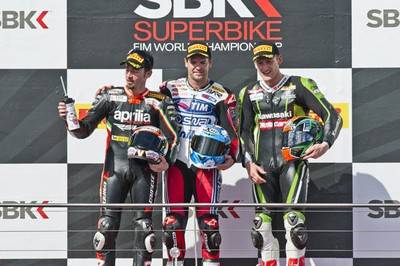 Kawasaki Racing Team rider Tom Sykes put all of his strong off-season testing form to good use at the opening round of the 2012 FIM Superbike World Championship by taking pole position and then a podium finish in race two, to add to a fourth place he had scored in the opening sprint.

He was quick off the line in each leg and thanks to lots of positive development work in recent months, and despite a long testing ban having been enacted this year, Sykes was able to overcome a few barriers that have affected his previous results.

Tom has never been a fan of the Phillip Island circuit and his machine has not always been able to keep pace all the way to the end of races, particularly in hot conditions. But today Sykes had pace for all 22-laps, particularly in the warmer race two, despite a strong wind blowing down the finish straight that seemed to affect his bike more than most others.